Jared Cannonier has expressed his desire to fight for the UFC middleweight title. At UFC Fight Night: Cannonier vs. Gastelum, ‘The Killa Gorilla’ secured a hard-fought victory over Kelvin Gastelum in a five-round main event.

In the aftermath of his title win, Jared Cannonier told ESPN MMA that he wants a title shot next, but it isn’t up to him. The No.3-ranked UFC middleweight said that it would be up to the matchmakers to decide if Cannonier gets to fight for the title or not.

“I want to say yes [to a title shot]. After a hard-fought win like that, hell yeah I want the title but you know, it’s not up to me. It’s up to the matchmakers and the brass in the UFC. So I just went out there and did the best I could to send that message, hopefully, they got it. I want the title shot but whatever, I love my job. I’m blessed to be here and I’m happy I got that win.”

“I’m hoping that I can get that next title shot, either before or after [Robert] Whittaker.”

Jared Cannonier (@KillaGorillaMMA) talks about what he believes is next after defeating Kelvin Gastelum at #UFCVegas34 ?⬆️

All #UFCVegas34 results and highlights ⤵️:

‘The Killa Gorilla’ is glad that he went out there and did the best he could by sending a message to everyone. Jared Cannonier concluded his statement by making it known that he loves his job and is happy to have secured the win over Gastelum. 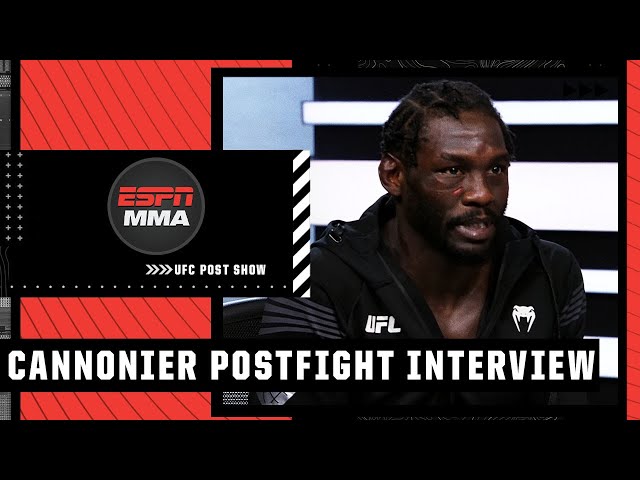 Jared Cannonier made his return to the win column as he picked up a victory over Kelvin Gastelum. The win has kept Cannonier’s title hopes alive after he previously suffered a loss to Robert Whittaker at UFC 254 in 2020.

It remains to be seen if the UFC will book ‘The Killa Gorilla’ in a title fight next. But as things stand, the next contest for the belt will feature former champion Whittaker facing Israel Adesanya in a rematch.

Big fan of Khabib Nurmagomedov? Follow our FB page for your daily dose of MMA takedowns!